Below you will find the Ostrea Cancellation Conditions that apply when you rent an accommodation through Ostrea and participate in the cancellation fund. We have provided a translation for your convenience, but only the original Dutch text is legally binding. If you have any questions or comments, please do not hesitate to contact us.

1.1. Participants.    All those who, together with the main booker, are indicated on the same booking form.

1.2. Cancellation.    The cancellation of the trip prior to departure, of which Ostrea has been informed.

1.3. Termination.    Early return to the home address due to early termination of the trip.

1.4. Pro rata compensation.    The amount divided by (the number of participants and then by) the number of days of the travel / rental agreement.

2.2.    Death, serious illness or serious accident of a family member in the first or second degree. Relatives of the first and second degree are understood to mean: first degree: husband, wife, parents (in law), children (in law), the person with whom the participant has had a notarial cohabitation contract for at least one year. second degree: brothers, brothers-in-law, sisters (in law), grandparents, grandchildren.

2.3.    The participant is unable to undertake the trip on medical advice.

2.4.    The death of a roommate of the participant. The condition is that the participant has lived at the same address with the housemate concerned for at least a year.

2.6.    Involuntary unemployment of the participant as a result of a full or partial closure of the company where the participant works as an employee. The condition is that the participant has become unemployed after participation in the cancellation fund has commenced.

2.8.    The unexpected and within 3 months after graduation of the participant being offered an employment relationship of at least 20 hours per week on the basis of an employment contract of at least one year if the date of employment falls within the planned holiday period. Cover only applies if it is impossible to agree on a different starting date with the employer.

2.10.    Having to take a re-exam at an institution for secondary or higher education during the planned holiday, if participation in the cancellation fund was closed before the original exam or exam was taken.

2.11.    Definitive breakdown of the participant's marriage, for which divorce proceedings have been initiated after the start of the participation in the cancellation fund. The dissolution of a cohabitation contract or registered partnership also falls under this article.

2.12.    The failure of the private means of transport to be used by the participant for the trip due to theft, fire, explosion or any external calamity within thirty days before the intended date of arrival at the destination.

In the event of termination as a result of events referred to in article 2 sub 1 to 12 inclusive, a pro rata compensation will be granted per participant for each period of twenty four hours up to a maximum of forty days. Abortions of less than eight hours are not taken into account. The return days themselves are also eligible for reimbursement.

No compensation will be given for damage:

4.1.    Related to (civil) war, armed conflict, uprising, civil unrest, riots, mutiny and terror. If the participant suffers damage during the aforementioned events that is not related to this, the payment will only be made if the participant can prove that the damage actually had nothing to do with these events.

4.4.    If Ameland is so isolated due to exceptional circumstances that transport to and from the island has become impossible.

4.5.    If the participant or the party interested in the payment makes an incomplete or untrue statement regarding the occurrence, nature or extent of the damage or if the obligations are not or not timely fulfilled.

Article 5. Obligations of the participant in the event of damage.

Participants or stakeholders are required:

5.1.    To notify Ostrea as soon as possible of every event from which an obligation to pay compensation may arise for Ostrea.

5.2.    To provide all cooperation and information reasonably required by Ostrea. In the event of illness or accident, a doctor's statement or the name and address of the attending doctor must be submitted. In case of death, a copy of the mourning card or the obituary must be submitted.

Article 6. Assessment and settlement of the damage.

6.2.    Participants living outside a family are considered to belong to a separate family. Family is understood to mean the joint housemates.

6.3.    In the event of cancellation, departure / arrival delay or cancellation of the participant (s) belonging to more than four families, the compensation to be granted will be divided among all participants, in proportion to each person's share in the amount covered by the participation in the cancellation fund.

6.4.    The amount to be paid out will never exceed the amount on which participation in the cancellation fund is calculated, with a maximum of two thousand five hundred euros per event.

6.5.    Payment will be made on presentation of original invoices and supporting documents.

6.6.    Any refunds by the hotel, landlord, travel / transport organization and owner will be deducted from the payment.

6.7.    Ostrea is entitled to make payment (or have it made) to the participant who has sent in the invoices to be reimbursed. Payment to these will constitute discharge of Ostrea by all participants.

If Ostrea has taken a definitive position with regard to a claim of a participant, either by rejecting the claim or by an (offer of) payment by way of final settlement, it will lapse after one year, counting from the day on which the participant became aware of this position, any right to Ostrea in respect of the event on which the claim was based.

8.1.    There is no right to a refund of the amount paid for participation in the cancellation fund.

Disputes arising from these general terms and conditions for participation in the cancellation fund will be submitted to the competent court, unless the parties agree on another way to resolve the dispute.

This is a translation, without obligation on our part, from the Dutch original, which is only made available for the convenience and information to our foreign customers. In the event of a dispute, the Dutch text will be binding 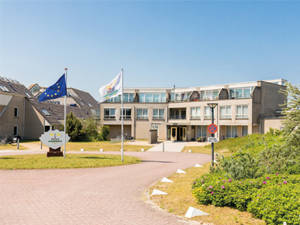